The date was December 8, 1989, as I watched my wife and daughters board the plane, I felt alone, very alone. What was I going to do for the next seven days while they were visiting family in Colorado, and then continue down to my parent’s home in Tampa, FL?  My feelings of isolation would almost immediately be calmed by the fact that I would soon be joining them in Florida for Disney World, warm sunny beaches and Christmas.

December 11 - I was traveling down a cold, dark, ice covered road in the back woods of Palmer this evening. Had to put my car in a ditch to avoid a big moose, a big ugly stupid moose. As I helplessly slid into the berm, I could hear the crunching metal of the driver’s door as it caved in. Later, as Mike (a good friend) was trying to pull me out with his pickup, my tow hook was inadvertently yanked off, which took 4 square feet of sheet metal, the rear bumper and hood latch with it. OK, so here I am, in the back woods of

Palmer, it’s 10:45 p.m. on a work night, 15 degrees below zero, my rear bumper is hanging from one side of the car, the rear hatch and driver’s door won’t close, I’m up to my neck in snow and now the stupid oil light is coming on. Hey, I can deal with it--- in a few days, I’ll be sitting on a warm beach in Florida thinking of nothing more than "where is my next pina colada?"

December 15 - Time to leave Anchorage. Mt. Redoubt just erupted this AM. The guys at the office are kidding me about getting stuck here.

MY FLIGHT WAS THE FIRST ONE CANCELLED!

After spending three days at the Anchorage Airport and having six confirmed flights canceled, I had to make a decision about trying to get to Seattle direct or become a little creative and try to get there via Canada. After finding out that I was on the bottom of a list of 6,000 people on standby and only four flights were making it to Seattle daily, I decided to go the Canadian route.  Thought you may enjoy our Alaskan state flowers on the left - "Forget-Me-Nots".

December 18 - Flew a small airlines to Fairbanks and arrived at 6:00 pm. Found a nice quiet corner in the airport and sacked out. (NOTE: for future reference, concrete floors get real hard after a few hours and tennis shoes make a lousy pillow).  Click on picture of Mt. McKinley to the right to enlarge.

December 19 - Caught a flight on another small airline from Fairbanks to Dawson City and then to White Horse in the Lower Yukon Territory. This was the most interesting and memorable ride of my life. We were on an old DC3 (manufactured in 1943), it carried 23 passengers (excluding two seats taken up by wool blankets) and there was no heat in the rear of the plane (which explained why there were so many wool blankets).  2014 - Found a picture of one of one of the planes that I flew on during this trip, so enjoy it below.

The flight attendant’s presentation of the emergency instructions was very unique - the intercom consisted of her yelling from the front of the plane. When the issue of emergency exits came up, she simply pointed to the back of the plane and said "door". The flight attendant explained that we were much safer in this plane because it could not be pressurized and had a 1200 foot ceiling - therefore, the plane had a much shorter distance to fall than conventional aircraft resulting in a lighter impact/crash (har, har). 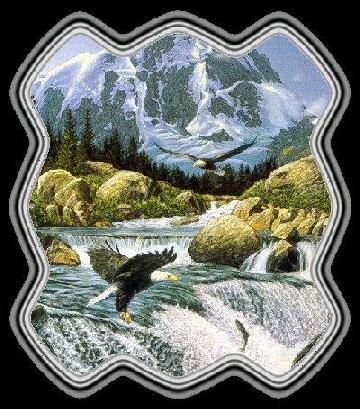 As the flight attendant was serving homemade sandwiches and cookies for lunch, I asked her for a screw driver. I was dutifully informed that all the vodka on the plane was reserved for the pilot. Although the flight attendant was only joking, I knew right then and there that this was my kind of airline. When we landed in Dawson, the pilot told us that we could not stay for more than ten minutes because the engines would freeze up (it was 55 degrees below zero and the pilot was also the maintenance crew). When we arrived in White Horse, I boarded yet another plane from another airline to take off on what is known as the Edmonton milk run, (3 stops) and spent the night in the Edmonton Airport.

December 20 - Caught another airline flight to Vancouver (again making 3 stops) then boarded a seaplane to Seattle. Once in Seattle, Delta upgraded me to first class all the way to Tampa (I don’t know if they 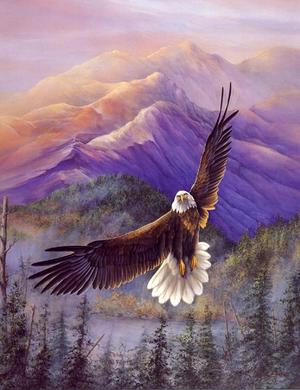 looked surprised because I was one of the few that made it out or because I looked like I had walked from Anchorage). One reason for the first class upgrade might have been because they had been subjected to having to deal with my worried Mom through these several days - (which is another story - tee hee).

December 21 - Arrived in Tampa and everyone met me at the airport. I looked and felt like somebody ran me through a threshing machine (twice), but when I saw my family, it didn’t matter ---- everything was better. My brother had hired a white limo and a gorgeous driver to drive us from the airport. Bless him -- after dealing with the holiday hordes, this was by far the perfect end to an experience I will never forget.

For my trip from Palmer, Alaska to Tampa, Florida I spent seven nights in airports, four days of actual flying time, passed through eight time zones, experienced temperatures ranging from 5 degrees above to 55 degrees below zero, met and became friends with an infinite variety of people from all over the world and had the time of my life.

OK, I’m in Florida - LET’S HIT THE BEACHES! - HA! - it turns out this is the coldest winter in Florida’s history. Heck, it was colder in Florida than it was in Anchorage. The city was experiencing such a power drain (from the heaters going 24 hours a day) that they started browning out. Mom and Dad were so sick on Christmas day that they could not even make it to the dinner table. And, to top it all off, we did not bring warm clothing so Disney World and Busch Gardens were out.

But, hey, the trip was worth it and I’d do it all over again in a heart

beat .... the family was together for the holidays and that was what really counted.

A footnote from Mom for Les........As much as we love being around family, the picture of Mt. Denali to the left here is one of the many reasons we live in Alaska.  It is breathtakingly spectacular anywhere you go in the state.  Click on the picture to the left, and I betcha you will catch your breath at the beauty of it.  Come on up and see for yourself and you will never forget the beauty that you behold.  It will be the most memorable trip you will ever make.  But, if you have an experience that tops the one you read about on this page, please let me know so I can add it on here."

I thought I would surprise Les by putting his letter on this page.  It took two days of work to get the right background, graphics, pictures and music to get this final result.  Hope you all enjoyed it.  Les gets the credit for the letter and it is one of my favorite memories.  I have read his letter over and over and never fail to laugh.  By the way, Les loves eagles, so that explains this page.  Jackie